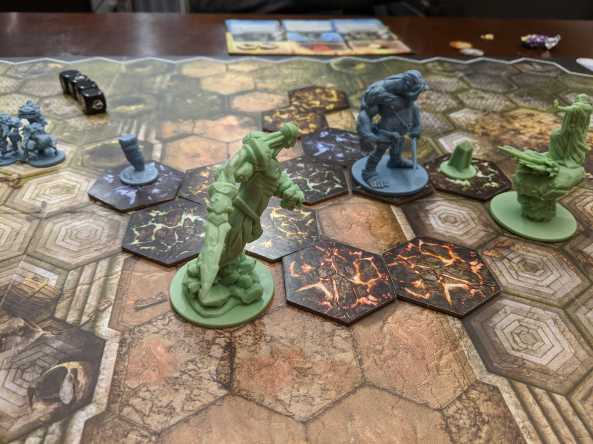 Gill and Kris have been learning GodTear, “It’s a bit hit and miss with only one Champion each but let us get the basic mechanics down. Next up we will try a combination of two Champions each and start to see how the game scales.” 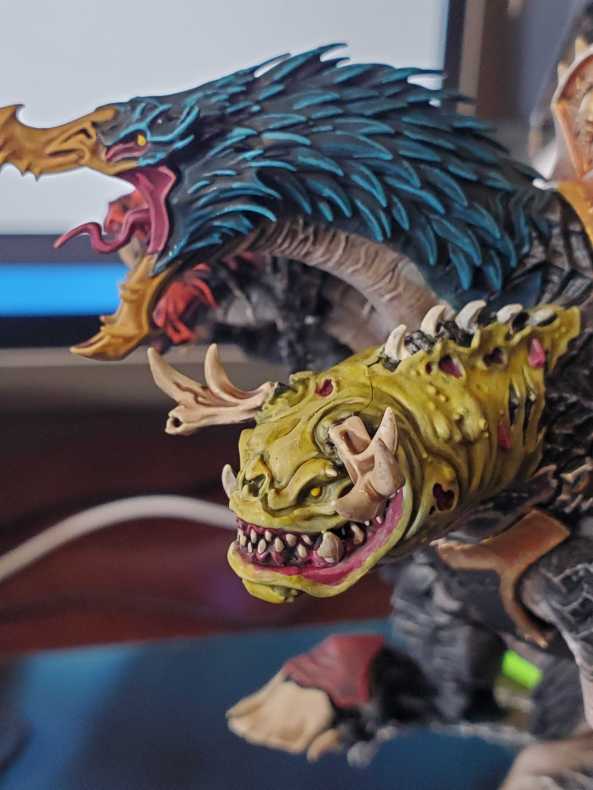 Jordan gives us a peek at his latest painting project, “Something’s coming and it’s not icy blue!”

Tracy hadn’t played Tiny Towns before and wanted to try it before Tracy and Greg played it on the stream. “We played the town hall variant as that’s the plan for the streamed game. Naturally Tracy destroyed me with an Inn strategy, doubling my score.”

Alex and Greg played two games of Richard Scarry’s Busytown: Eye Found It!, “They both started badly, with pigs eating two of our six items almost right away. In the first game we managed to get to the island in time to enjoy some juice and watermelon, but in the second game we hadn’t even reached the ferry before the pigs polished everything off. Greedy piggies!”

Alex, Tracy and Greg played Outfoxed and for the first time they actually lost. “That was partly due to me failing 6 out of 7 of my rolls, and Tracy didn’t fare much better. Alex was the only one making any progress but Maggie escaped with the pie in the end!” 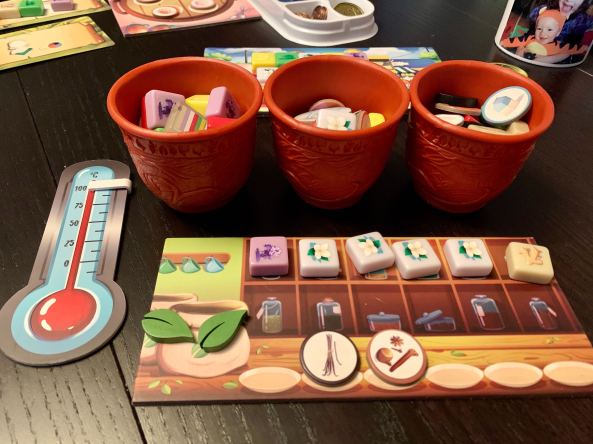 Renee and Jenn played Chai again, “We ended up with 2 teas that didn’t balance very well and with only 4 cards to choose from that were all looking for similar ingredients, the game felt a bit broken. Christopher saw us playing and asked to play a game and it went much better with 3 players and a market of 6 cards. Christopher ended up enjoying the game so much he asked to play it again the next morning with Jenn. Jenn added a third tea to their deck and put out a market of 6 cards and felt that it was a good improvement for a two player game. Jenn and I are so happy that both Christopher and Adam enjoy the game so we can play it with more players!”

Tracy and Greg played Virus, the second scenario in Escape Room: The Game, “A topical scenario and it proved to be a tough one despite only having a difficulty rating of 2. Admittedly, we misplaced a vital component in the second part that left us confused and ran down most of the clock before I discovered it. That left us with very little time for the final part and the time ran out before we got the answer, so unfortunately the virus killed us.”