Part 1 – An introduction to the game and the period.

Bolt Action is a 28mm tabletop miniatures game set in World War II.   Produced by Warlord Games, Bolt Action is arguably Warlord’s best-known and most expansive gaming system with a huge catalogue of nations to choose from.  Each offers infantry, tanks and guns from which to select and paint up as your army.  Sentry Box has a big selection of product on their shelves and can Special Order you products from the Warlord website if you want to sift through all the options!

Warlord Games has been busy lately, introducing Cruel Seas for WWII motor torpedo boat action, Black Seas for Napoleonic Age of Sail gaming and Blood Red Skies for WWII dogfighting in just the last year or two along with other games they produce.

Their games are fun and many of them, Bolt Action included, utilize a great system for choosing which player gets to activate a squad.  Each squad or team in a player’s army gets assigned an ‘activation die’, a set of six-sided dice that have orders on each face like “Fire”, “Run”, “Rally” etc.  (You’ll want each player to have different coloured dice.)  Both players then take all of their activation dice and drop them into a bag.   The players will then blindly pull out one die at a time to determine which player gets to activate a squad.  It’s completely random and a fun way to ensure no one can really control an entire turn unless they’re exceptionally lucky and get all their activation dice in a row.   That, of course, means that their opponent will get to activate all of their dice in a row as well!  But typically, each player gets a die, activates a squad and then their opponent does the same.  When the dice are gone, the turn is over and the cycle starts again for the next turn.   As units are destroyed their dice are removed from the bag, so as the army shrinks, there’s always just enough activation dice for the number of squads still alive. 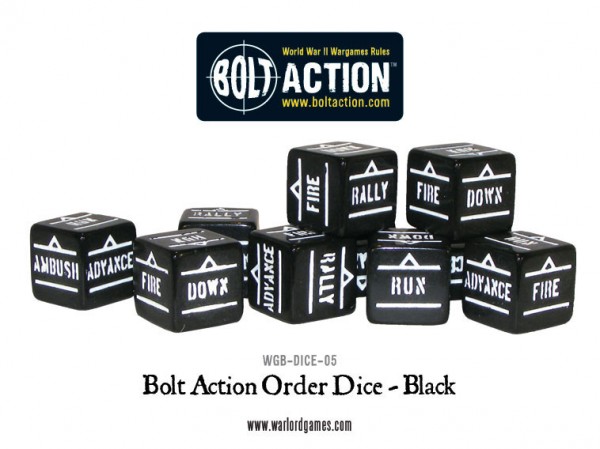 Now, if you’re interested in World War II, but don’t know where to start, I’d first start by asking if you have a favourite army.  German forces are frequently high on the list for many people as the Germans were famous for producing a wide variety of vehicles and equipment and having numerous uniforms for a variety of different fighting units.  Lots of us love all their amazing kit!

But perhaps you like British, US or Soviet or maybe you want to play a Polish force with their famous Lancers on horseback?

This prompts the next question: do you have a particular period that interests you?   World War II lasted six long years and drove astonishing technological advancement.   A Sherman tank in 1941 was considerably different from a Jumbo Sherman in 1945.  A Soviet T-60 light tank could probably be loaded onto the engine deck of the monstrous IS-2 from 1945. Tanks in 1939 look like toys compared to the behemoths that rolled into Berlin at war’s end.  Uniforms, weapons and entire nations came and went through WWII.   So put some thought into when you want to set your battles.

For the beginning of the war, French and Belgians are available as are early war British and early war Germans.  Operation Sea Lion – the German invasion of Great Britain – was a very real fear after the fall of France, and Warlord has even provided some unique models and a booklet with lists to capture this interesting time and allow some ‘what if’ scenarios on British soil.

Soviet and American forces appear is what is essentially the middle of the war – two years in, in 1941.  Late war armies have a different look and feel and generally will exist from 1944 to 1945.  Here we can re-fight D-Day and the Normandy campaign or Operation Bagration on the Eastern Front, and all the fighting right into Berlin.

You’ll also want to consider which theatre interests you.  Are you a fan of the Pacific?  Japanese or US Marines are represented for all the battles of the island-hopping campaign but so are Chinese forces, and British figures could be used to refight battles for Singapore or to represent the Canadians at Hong Kong.

If the Eastern Front captures your interest you can choose from Soviet or Finnish armies, Germans, Hungarians, Romanians, Italians.  Want to battle across North Africa?  There are figures from the British Eighth Army, German Afrika Korps or Italians for you to choose from.

And if you like tanks in 28mm there’s even a version of the game that allows more tanks on the table called… wait for it… “Tank War”.

You get the idea; you have a huge array of choices sure to capture the imagination of anyone interested in the period!  It’s a massive selection that Warlord has produced for the wargamer so it’s a good plan to talk with a friend or two and figure out who wants to collect what forces, in which period of the war and for which theatre.  Or if you’re an idiot like me, collect Axis and Allied armies.  You know… just in case…

For two players just getting started, the Bolt Action “Band of Brothers” starter set is a great beginning.  It includes a well-trained but untested group of US Airborne troopers pitted against a small but elite German force of infantry backed up by an armoured half-track.   Easily-wielded forces for new players without too much to manage for those first games. 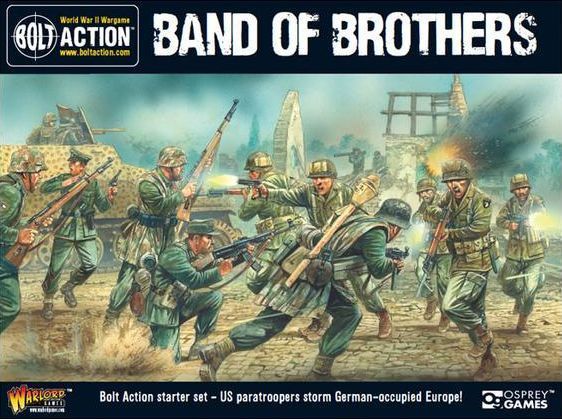 Now I haven’t built many 28mm miniatures in a long time (I’ve been out of 40k probably about 15 years), and getting into Bolt Action I think will be a refreshing change from 15mm gaming.   Larger figures will offer a little more variety on my workbench and smaller units of reinforced platoons will be a different approach to the company-sized actions of Battlefront’s 15mm WWII game.  Typically Bolt Action armies will have perhaps 20-30 or more figures in a platoon, supported by options like a vehicle or two, maybe a sniper, a machine gun, perhaps a mortar or anti-tank gun.   It’s literally a platoon with some support and often will play nicely on a 4×4 or 6×4 table (120x120cm or about 180x120cm).

I have collected and am in the (very slow) process of building and painting a force of Canadians using the British sets.  So I’m familiar with the Warlord figures and the game at a high level, having played a few demo games.   My own army has been paused for a while as I’ve powered through other projects (helloooo Team Yankee….), so maybe this build log will encourage me to jump back in and finish off my Canadians so I can get some games in at Sentry Box and learn with others!

Having painted up a few miniatures for Sentry Box in the past, when Kris asked me if I had an interest in painting up the “Band of Brothers” starter box and some D-Day terrain pieces I was eager to dive in and give it a shot. 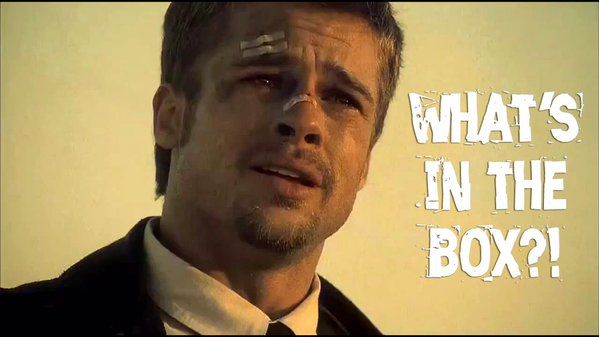 There’s a really good collection of sprues, books, tokens and templates in the box.  So much stuff that I never got it all to fit back in properly again.   Personally, that always feels like good value to me!

Inside you’ll find, among other things:

All the goodies!  Hope you like Tetris trying to fit it all back in…

The game has an interesting way of tracking how many shots a unit has taken, called “pins”, and you’ll find a sprue of pin markers (red counter dials with splash/explosion markers that snap into them).  It’s one area that really begs for some customization because the pin markers are a little difficult to read in the red plastic, so they cry out for some paint and highlights.   But I’ve seen other players make custom markers to indicate pins on units, and you can have a lot of fun with that.

Coming up next in part two: Construction Begins!