We’re back! It’s been a nice holiday break, but now it’s time for some more gorgeous Kill Team miniatures. Our brave hobbyists have been finishing up their final miniatures, so let’s check out their Kill Teams in all their painted glory – and get their thoughts on how the project has gone.

I rounded out my Kill Team with some Mandrakes from the Elites book. In game, they’re a great flexible unit that has decent melee and ranged attacks that can support any situation. These were my first foray into Citadel’s infamous Finecast series, and getting the models painted was a doozy. It was a bit difficult picking out details and keeping the models tidy, and I couldn’t properly straighten out their weapons, but all in all I’m happy with how they turned out. 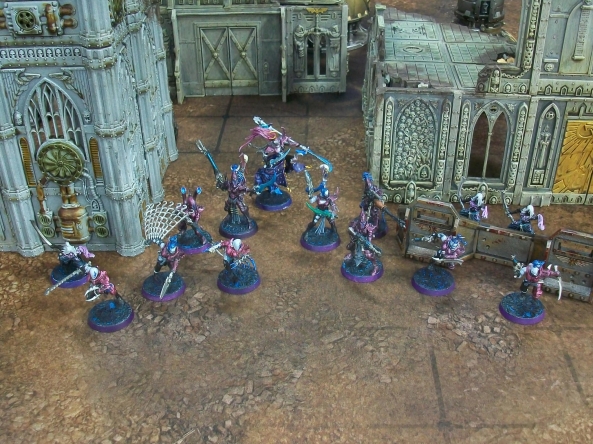 Overall, I think my Kill Team turned out quite nicely. They look great together on the table and have a balanced play style that’s very mobile and aggressive. I’m happy that my paint scheme turned out nicely! I’ll probably look towards grabbing some of the new Incubi models once they’re not exclusive to the big Blood of the Phoenix box set.

For my Kill Team Elites choice, I painted an XV8 Crisis Battlesuit. I built on what I had learned from painting the Drones. I primed it white, picked out some areas with the Mechanicus Standard Grey, and applied my diluted Apothecary White Contrast paint over the white areas and a Nuln Oil wash over the dark areas. I again used my XL Base brush to get smooth, even coverage for the white areas. For the red parts, I again used the Blood Angels Red contrast paint. For the dark grey & the red parts I used Small/ Medium Layer brushes. 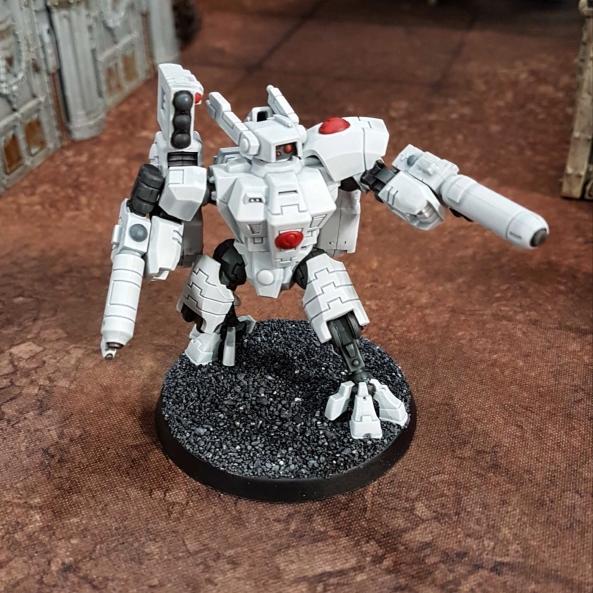 To be honest, but for this project, I probably wouldn’t have painted the XV8 Crisis Battlesuit, but I’m really glad I did. Though I have certainly painted robots in the past, I typically paint more organic models. It also has a lot of pieces to provide maximum poseability. This is something that people who paint a lot of vehicles would be used to, but I am used to guys who come in about 5 parts. Anyway, I was really glad I put in the time, because this is a really cool model! I liked the way it turned out and I was really happy with the pose I chose! 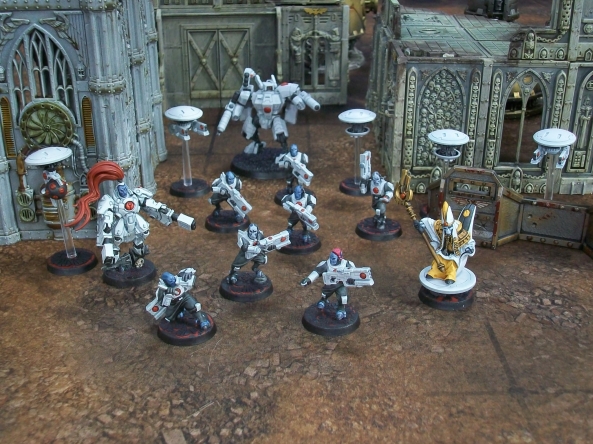 Going in to this project, I was used to putting together squads for 40K, so I did not take advantage of the unique troop/ weapon choices you can use in Kill Team. In the future, I would like to make a couple of Fire Warriors, as well as add a couple of Rail Rifles, to mix up my team and make them more interesting.

In closing, I’m happy that I did this project, because I like the way it turned out, I learned a few new techniques, and now I have a cool Tau Kill Team!

From Bill, we have some shots of his Commander miniature, none other than Commissar Severina Raine: 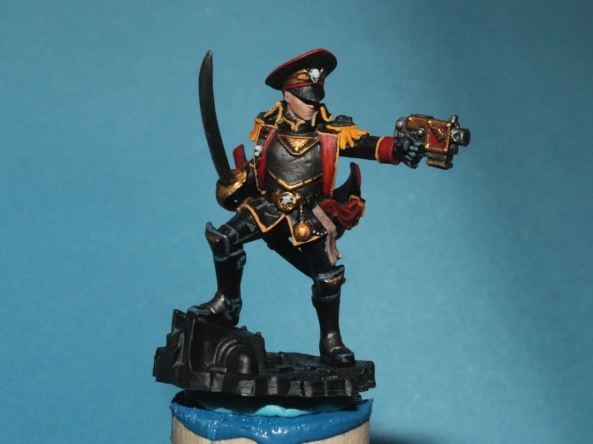 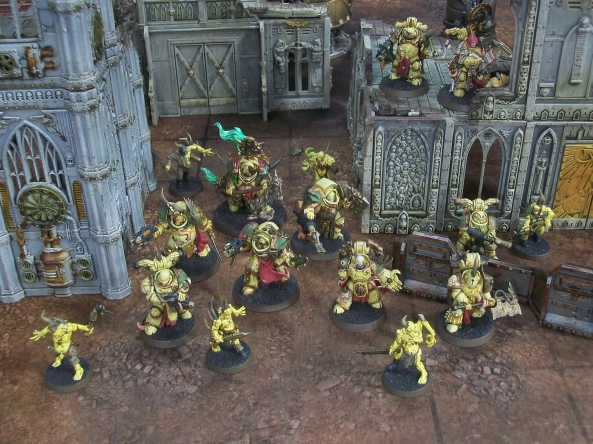 It’s been a long road to this point, but I finally have everything that I set out to do completed. The whole Death Guard range is (literally) dripping with little details that demand careful painting – even more so on the Blightlord Terminators I was finishing this past month – so it’s taken quite a bit of time to paint even this fairly small handful of models. Truth be told, I’m a bit glad to wrap up this project as I’m a little bit sick (ha!) of working on Death Guard. 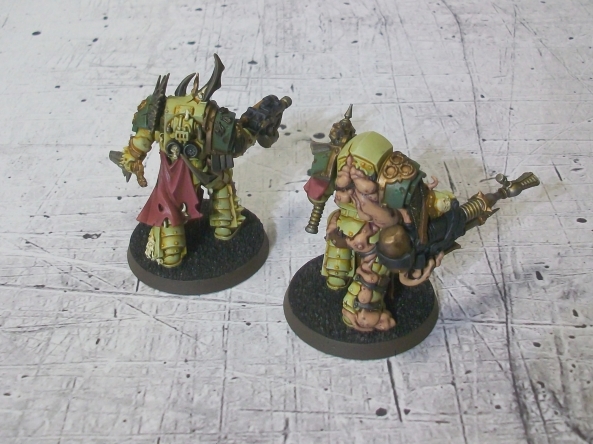 You might want to get some ointment or something for that

That said, I’m very happy with the final results. I think I’ve managed to put together a team that looks truly hideous on the gaming table! They can at least look intimidating, even if my dice prevent them from being actually intimidating…

That’s all for this month. With the modelling and painting finally wrapping up, there’s only one thing left to do – get stuck into some gaming! With Commanders and Elite units ready to hit the table, it’s sure to be a blast. Til next time, thanks for joining us!