Lucky Kris came to the rescue with a fairly busy week. (it is suspicious that his wife has gone to the UK and he suddenly has lots of time for games…)

He read Batman: Arkham Asylum – A Serious House on Serious Earth.  In this groundbreaking, painted graphic novel, the inmates of Arkham Asylum have taken over Gotham’s detention center for the criminally insane on April Fools Day, demanding Batman in exchange for their hostages. Accepting their demented challenge, Batman is forced to live and endure the personal hells of the Joker, Scarecrow, Poison Ivy, Two-Face and many other sworn enemies in order to save the innocents and retake the prison. During his run through this absurd gauntlet, the Dark Knight’s own sanity is placed in jeopardy. This special anniversary edition trade paperback also reproduces the original script with annotations by Morrison and editor Karen Berger.

END_OF_DOCUMENT_TOKEN_TO_BE_REPLACED

It seems that the world just keeps on turning, not content with a boat load of news from Fantasy Flight Games last week and them updating their flagship X-Wing game to a second edition, Games Workshop have come out swinging this week with lots of news coming out of Warhammer Fest 2018! END_OF_DOCUMENT_TOKEN_TO_BE_REPLACED

Zac and some of the other miniature gaming lunatics are thinking of starting up a Beyond the Gates of Antares slow grow league.

Anyone interested? We’ll be taking orders for starter sets and other add-ons in the next week if anyone wants to get in on the fun.

The Sentry Box will be hosting Month 1 of the Tanks Line in the Sand OP series on Monday May 28th starting at 6:30
The scenario for the first month is called Uncertain Ground and is a King of the Hill variant that uses a soft sand terrain piece.
Entry to the event is free and any Tanks purchases you make during the evening will be 10% off.
If you don’t own any Tanks vehicles but are interested in the game then come down and we can give you a demo of the game.

In spite of being off on parental leave Greg managed to keep us up to date on his gaming, managing to get in games of both First Martians, a co-op game using the same basic engine as Robinson Crusoe (but obviously set on Mars) that has both campaign play and individual scenarios available.

In addition to First Martians Greg managed to play The Grim Forest, a game where you play as relatives of the Three Little Pigs and try to build housed out of Straw, Woof or Brick. The game has a cute theme with various fairy tale friends helping out but is actually quite evil at times.  With its awesome miniatures and excellent production value it is defiantly one that Greg recommends. 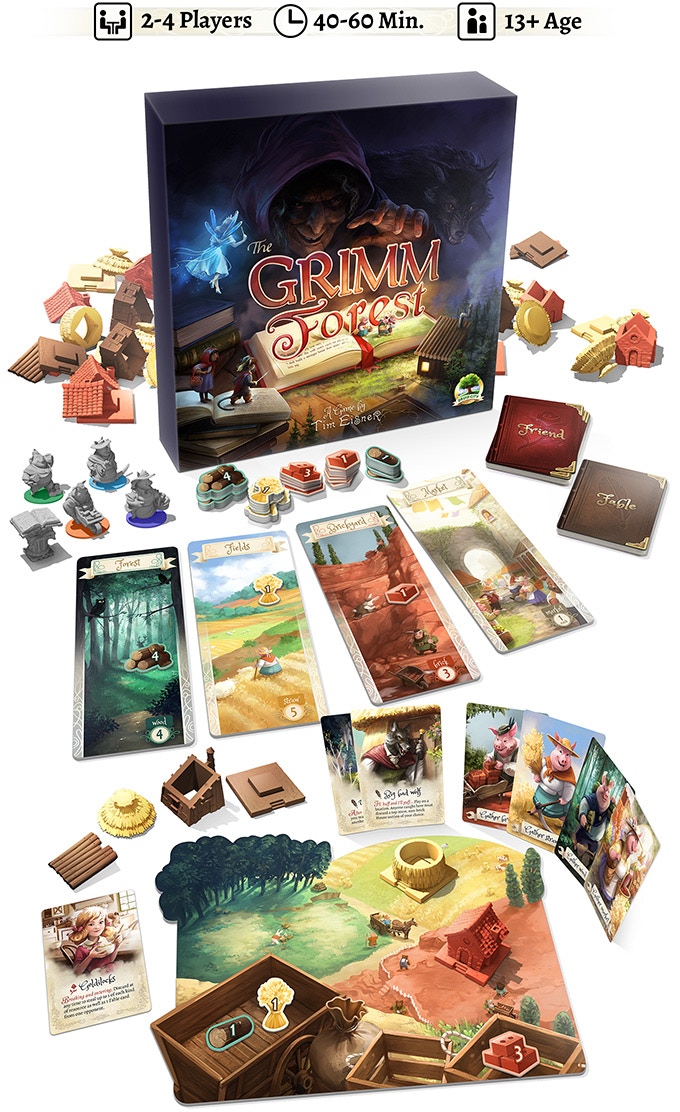 END_OF_DOCUMENT_TOKEN_TO_BE_REPLACED

It has been an extremely busy week this week with lots of big announcements but fittingly for a post going out for the week ending May 4th lets kick it off with the big Star Wars News from Fantasy Flight Games. END_OF_DOCUMENT_TOKEN_TO_BE_REPLACED